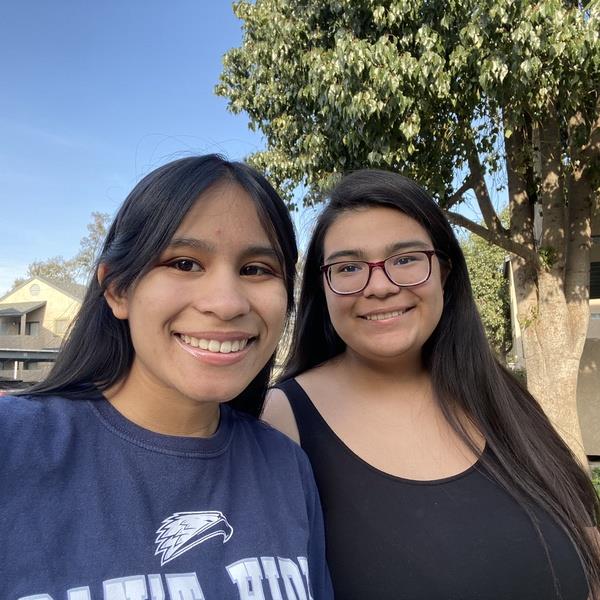 Vanessa and Victoria – in their junior and senior years at Summit, respectively – diligently crafted virtual performances that earned superior markings from the judges during the state competition, exceeding all requirements and performing at an “above standard” quality.

Vanessa earned superior markings in the Solo Musical category, performing “In My Dreams” from “Anastasia: The Musical,” and both sisters received such markings for their Duet Acting performance of a scene from the play “Dear Chuck.”

“Our virtual performances were definitely different than that of an in-person performance,” Vanessa said. “We sometimes depend on the audience reaction throughout the performances, because it provides real-time feedback for them as actors. Though it was a bit difficult because we didn’t have an audience, the hard work paid off.”

Vanessa and Victoria share a love of the arts that has flourished at Summit High School under the guidance of Summit drama teacher Kelsey Browne.

“I always had fun in theater, even before competing,” Vanessa said. “When I saw the school’s production of ‘The Little Mermaid’ in my freshman year, I was hooked. I knew I had to be part of the program. Now, I plan on having a career in theater, with hopes of becoming a renowned voice actor.”

Victoria’s success at the state competition and the opportunity to represent Fontana Unified on an international level will culminate four years of hard work and creative expression in Summit’s theater program. After graduation, she plans to further her education at Riverside City College and remain involved in local theater.

“I’ve enjoyed being part of the theater program all through high school, because it’s a community that fully allowed me to express my artistic side,” Victoria said. “I feel like I’ve grown as a person and learned life skills while doing something that I really love.”

Browne said the school’s theater program, which began competing just two years ago, hopes to build on this year’s success in virtual competitions, further establishing its program and inspiring a love for the performing arts.

The International Thespian Festival, held virtually this year from June 22 to 25, will bring together student performers, top teaching artists and premier colleges and universities for a community-centered arts experience.

Vanessa and Victoria will submit their virtual performances for adjudication and seek to earn International Thespian Excellence Awards, known as Thespys, which recognize the highest level of achievement in school theater performance and technical theater.