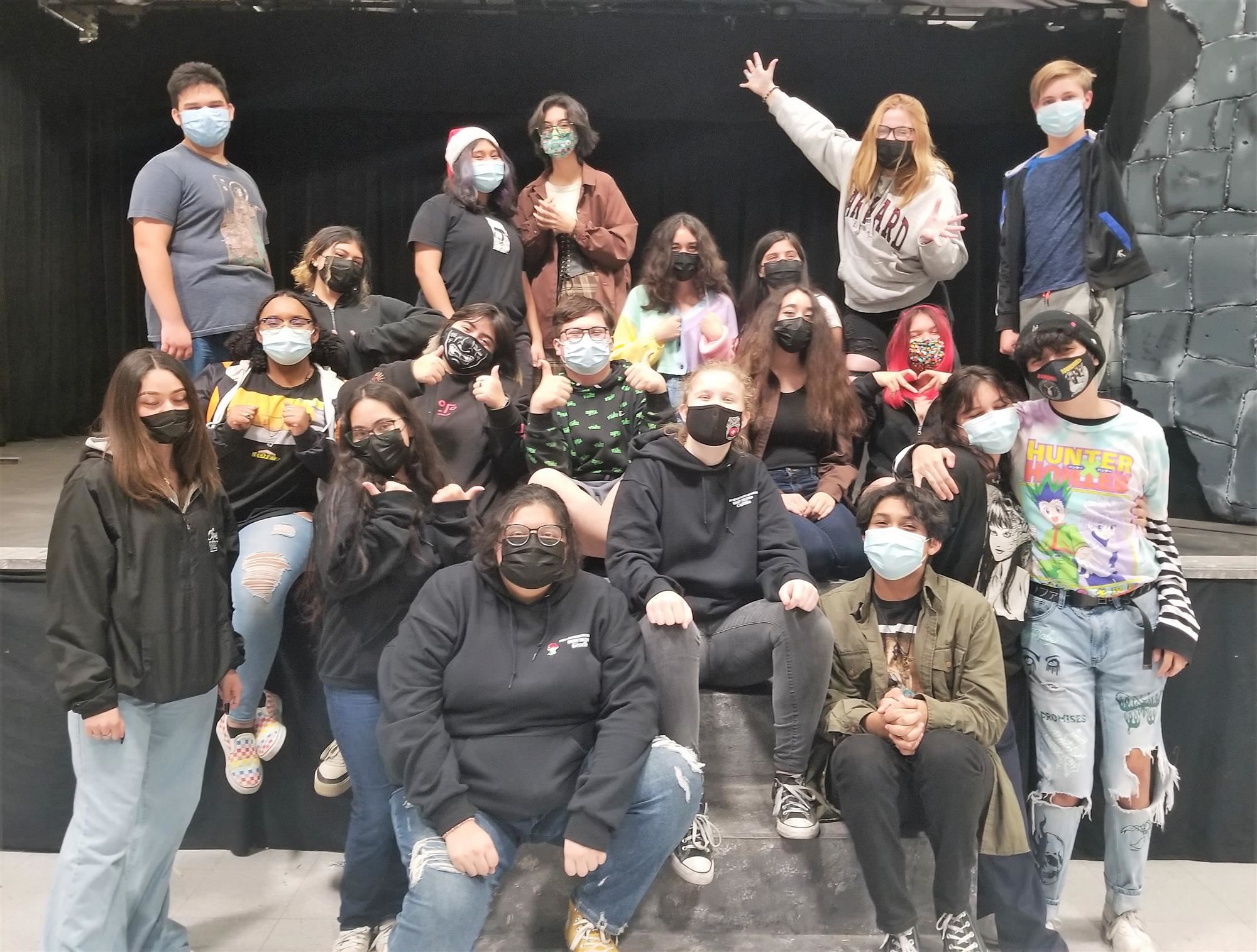 The festival, which was scheduled for Jan. 14 to 16 at Los Osos High School in Rancho Cucamonga, was canceled due to the recent surge in COVID-19 cases.

During the 2021-22 school year’s fall semester, CETA judges attended high school theatrical performances throughout southern California, adjudicating each production. Kaiser High School’s staging of “Coriolanus” in November received a score of 100.39. This qualified the “Coriolanus” cast and crew to reprise parts of their performance during CETA’s Festival of Scenes event.

“I am so proud of my cast and crew, who displayed amazing technique in their interpretation of classic Shakespeare,” Kaiser High drama teacher Wendi Johnson said. “The journey to performance was rigorous for these incredibly talented and dedicated artists. They worked together to solve problems and bring their characters to life. When they received a standing ovation, I cried.”

The Kaiser High School production of Shakespeare’s final tragedy, set 20 years in the future in a bleak Mad Max-like society, came after a two-year hiatus from live performances due to COVID-related school closures. Of the 27 cast members, 21 students had never acted in a play before. The crew, which began with seven students, was reduced to three by opening night.

Kaiser High senior Caitlin Porter, who portrayed Coriolanus, said she found the experience exhilarating. Porter’s goal was to do justice to actor Tom Hiddleston, who portrayed Coriolanus on stage and film, and Shakespeare himself. Porter credited the theatre department’s hard work for fueling their determination to put on the best performance they could.

“The entire company absolutely gave it their all to make this the best show at Kaiser,” Porter said. “I not only fell in love with playing my character, Coriolanus, but I also fell in love with every aspect of the story and Mrs. Johnson’s vision for our rendition, set in a Mad Max era, which brought the themes of war, poverty versus wealth and acceptance versus rejection, to life.”

Johnson, who earned a master’s degree in Shakespeare studies from Cal State San Bernardino, worked tenaciously with her cast to drive home the importance of mastering the nuances of Shakespearean text, examining advanced concepts such as alliteration and antithesis. Additionally, the cast and crew worked together to meet deadlines, design the sets, and stage the fight and battle scenes.

Johnson was especially proud of the reviews her cast and crew received from CETA judges. Scoring the “Coriolanus” performance, one CETA judge was effusive in their praise and noted the enthusiasm of the audience:

“There was tremendous heart, vociferous understanding, determined and clear intentions. There was attention to detail in performance and design, and there was clear vision that served the greatness of the text. This production received a standing ovation from its audience, and it was rightly and well deserved.”