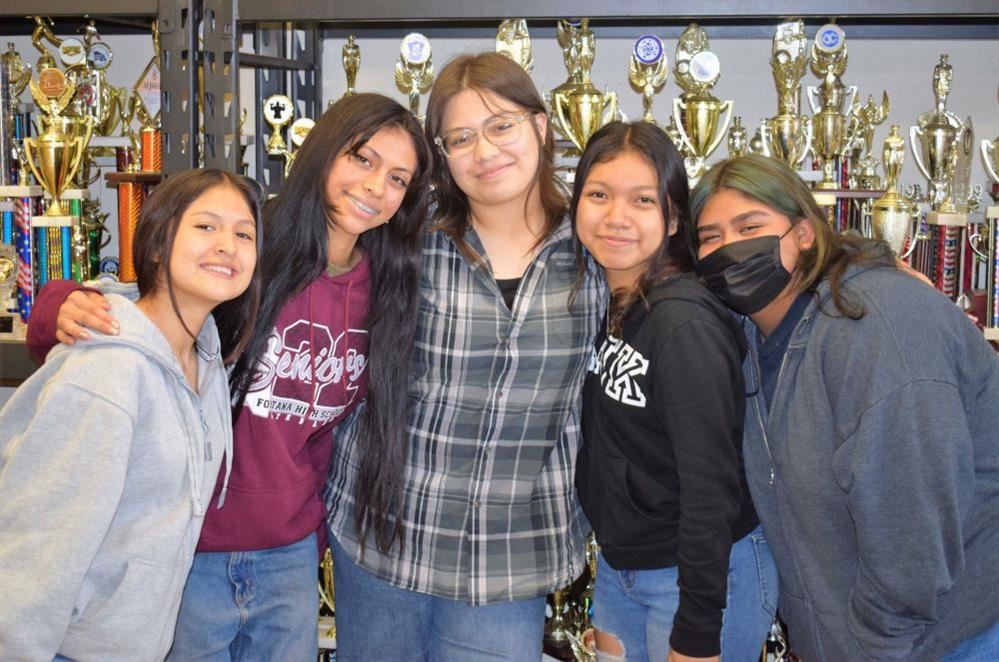 FONTANA, CA – A tight-knit group of Fontana High School MCJROTC cadets are making a name for themselves as marksmen – and making school history in the process – after taking top honors at two recent regional air rifle competitions in Arizona and Utah and qualifying for two separate national championship contests. 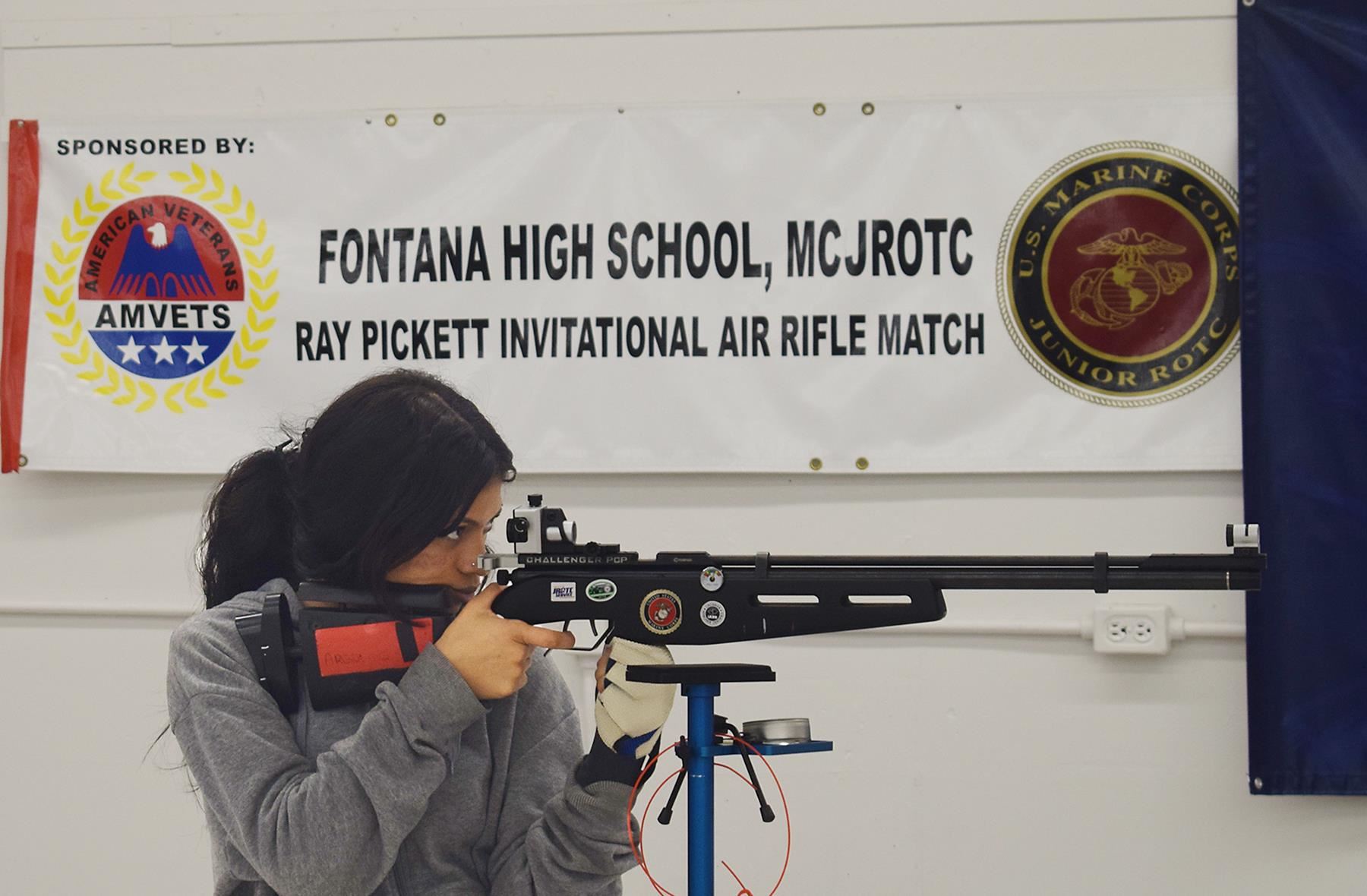 The entire FOHI veteran marksmanship team – which includes Arguello, Gomez, Padilla, Castro and sophomore Crystal Santiago – qualified for the Civilian Marksmanship Program (CMP) Nationals and Junior Olympics with a sixth-place finish at the CMP Western Regionals, held April 8-9 in Utah. This marks the first time a FOHI MCJROTC team has advanced to a national competition, which will be held June 23 to 25 in Ohio.

“I can’t say enough about our cadets. They have worked hard, and they deserve this,” MCJROTC MSgt. W.K. Harkley said. “The goal of MCJROTC is to develop our cadets into honorable and responsible adults who can address any situation with courage and leadership. Marksmanship is a skill that takes resilience and commitment. To see so many of our cadets succeed at this level is very special for us.”

The 3P air rifle competitions measure a marksman’s ability to hit targets – with bullseyes that measure 0.5 mm – from 10 meters away in kneeling, prone and standing positions, using Sporter .177 caliber air rifles dispensing pellets half the size of a raisin. FOHI cadets generally join the team as freshmen and practice 10 to 15 hours a week to hone their skill.

“My friends think I’m a little crazy because I put so much work into my marksmanship,” Padilla said. “ROTC is a really great program. We learn leadership and independence. They teach us to stand up for ourselves and don’t baby us. It’s a lot of fun. We volunteer at NASCAR races and march in the Fontana Christmas Parade. We’re close friends and had a lot of fun at the competitions in Arizona and Utah.”

As the MCJROTC marksmanship team continues to make strides in regional events, FOHI is taking steps to ramp up its equipment. The school recently received 10 state-of-the-art Kongsberg electric target systems, purchased for FOHI by the Fontana Unified Career Technical Education (CTE) department, and will receive 10 more by summer.

The electric target systems will allow marksmen to immediately see where a pellet hits the target. The systems will also enable the FOHI MCJROTC – which was named a “Naval Honor School” for the 15th time during the 2020-21 school year – to eventually host local and regional marksman competitions.

To participate in marksmanship, cadets must maintain a 2.0 GPA and meet all safety prerequisites. For Arguello and Gomez, serving as cadets has motivated them to work hard academically and make plans for higher education. Arguello will attend Cal State Fullerton and study education, looking toward a career as a teacher, while Gomez will attend Cal State Los Angeles and study aerospace engineering.

“I am so proud of our FOHI Steeler MCJROTC cadets, who have worked so hard to establish themselves as outstanding citizens and campus leaders,” FOHI principal Ofelia Hinojosa said. “FOHI’s ROTC program is the pride of our community, and we are honored to have leaders like MSgt. Harkley and Lt. Col. Meelarp guiding our cadets and preparing them to meet all challenges.”